I had to go overseas for work in the first half of August. Lots happened in the couple of weeks before that, and lots even happened while I was away, but none of it was blogged because of the stupid overseas trip. Time to fix that…

We finished off the farrowing shed with a double creep area.

This worked well, and we put in a couple of heat lamps. The plan was to farrow the girls in pairs, and let them nurse together. As it turns out, that didn’t quite work as we expected, but I’ll cover that separately elsewhere.

We managed to score an awesome brooder from a friend. 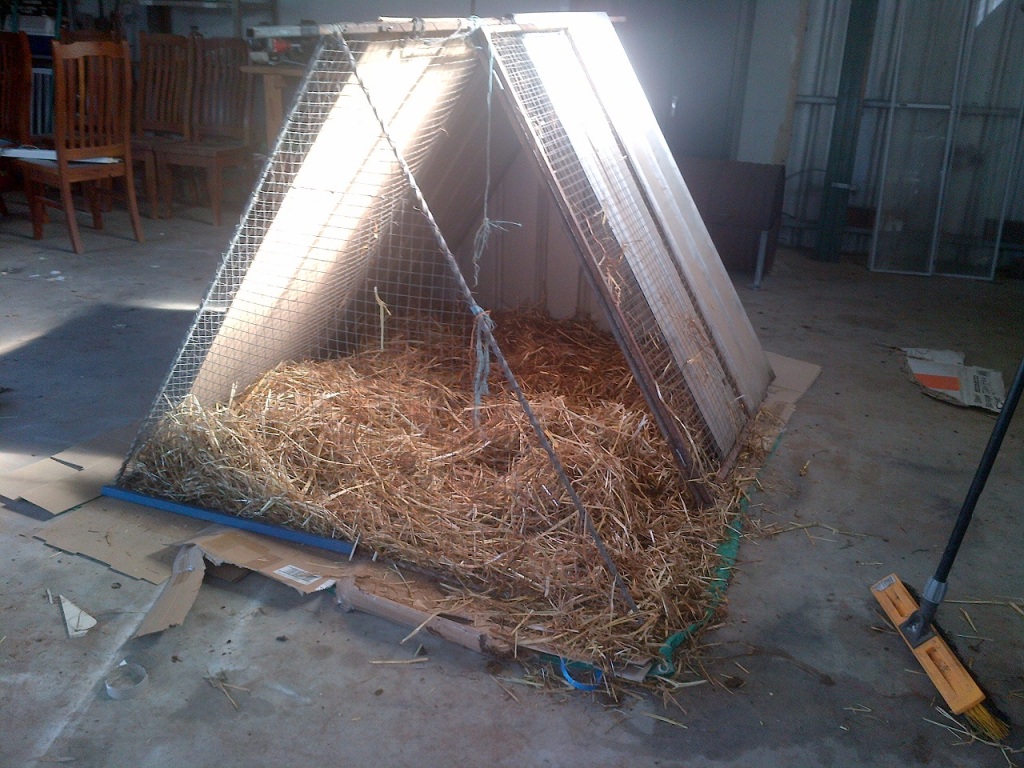 It’s huge, and should be able to fit the large batches of birds we want to do.

We bought two pure-bred Black Angus calves from a property a couple of hours north of us. We got a steer and a heifer, and both are around 6 months old. Ideally, we’ll feed them on for another 18 months. However, that is a lot of meat all at once, so we might feed one on for a year and the other for 18 months. 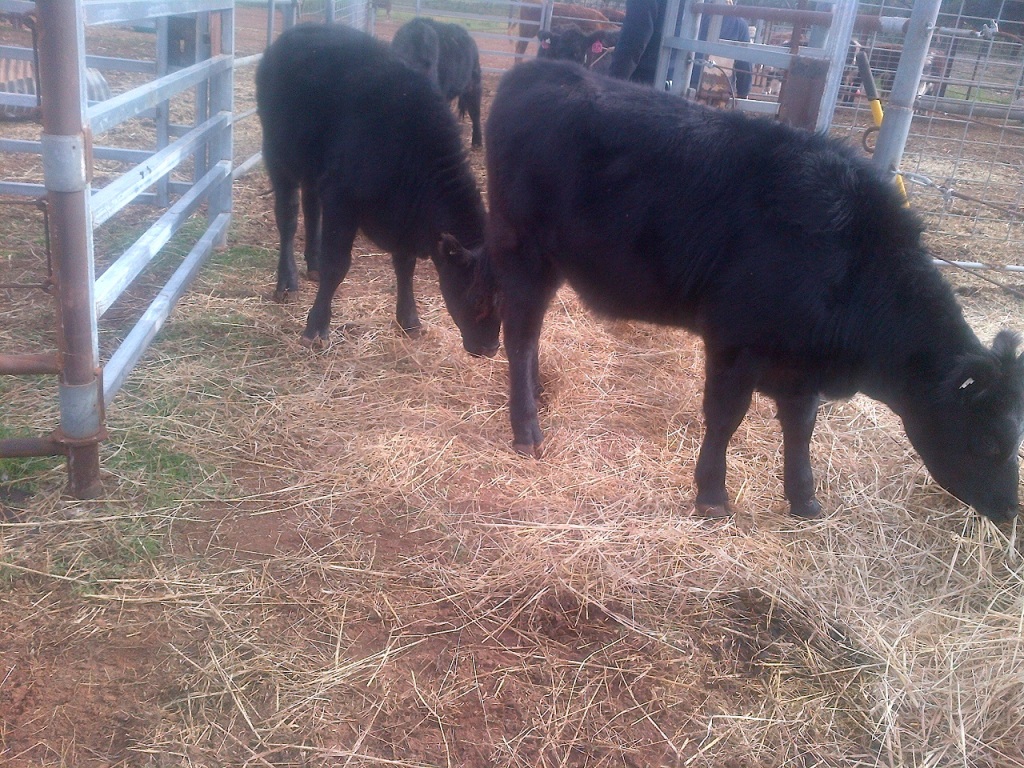 Clarisse, who was supposed to be pregnant when we got her, went back to the people we bought her from to spend some time with their bull.

Clarisse waiting to be loaded into the float for a trip to her new fella.

I was going to get her AI’d again, and contacted her original owners to get the AI guy’s contact details. They have a young pure-bred Jersey bull who has apparently done the job recently, and they offered to have her back for a couple of months. 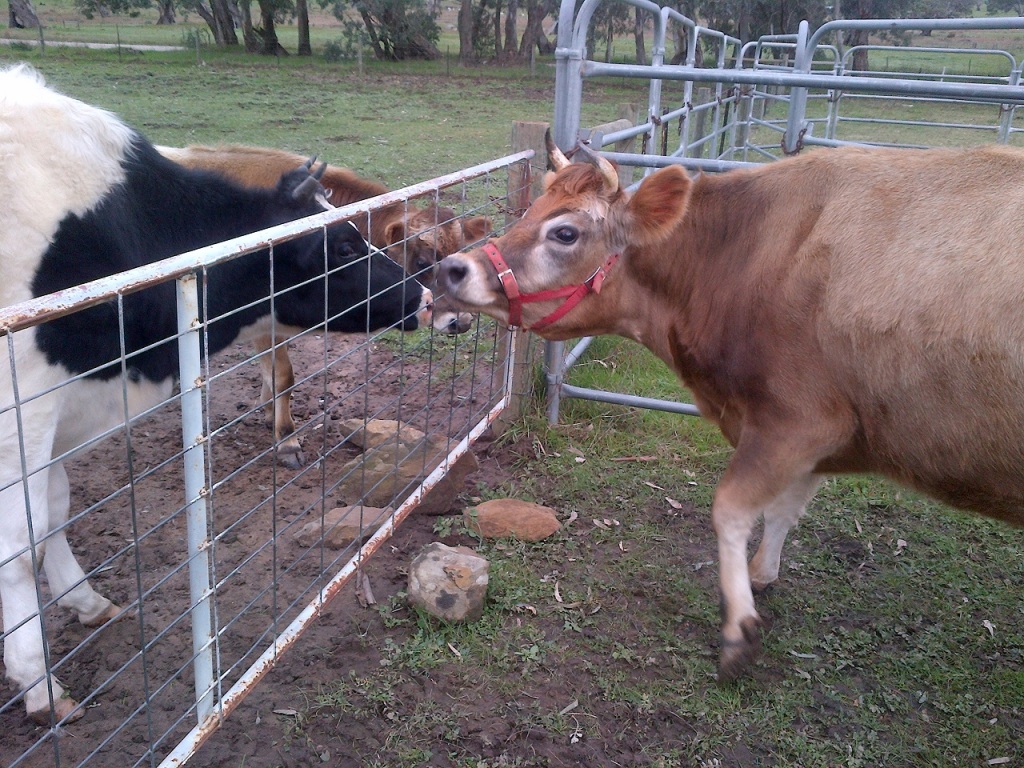 Clarisse meeting her new room mates. I was worried, as she can be a bit of a bitch, but they all seemed to get on.

Clarisse’s new baby daddy. He’s only young, but we’ve been assured he’s up to the job.

For milking, it doesn’t matter what breed of bull gets her pregnant, and there are some sound arguments for using a beef breed as the progeny is then better for eating. However, if she drops a girl, then we have quite a valuable milking animal. If she drops a boy, then we still have a decent eating steer.

Ziggy and Stumpy were coming along in their pregnancies nicely, and were firmly ensconced in the new farrowing shed. 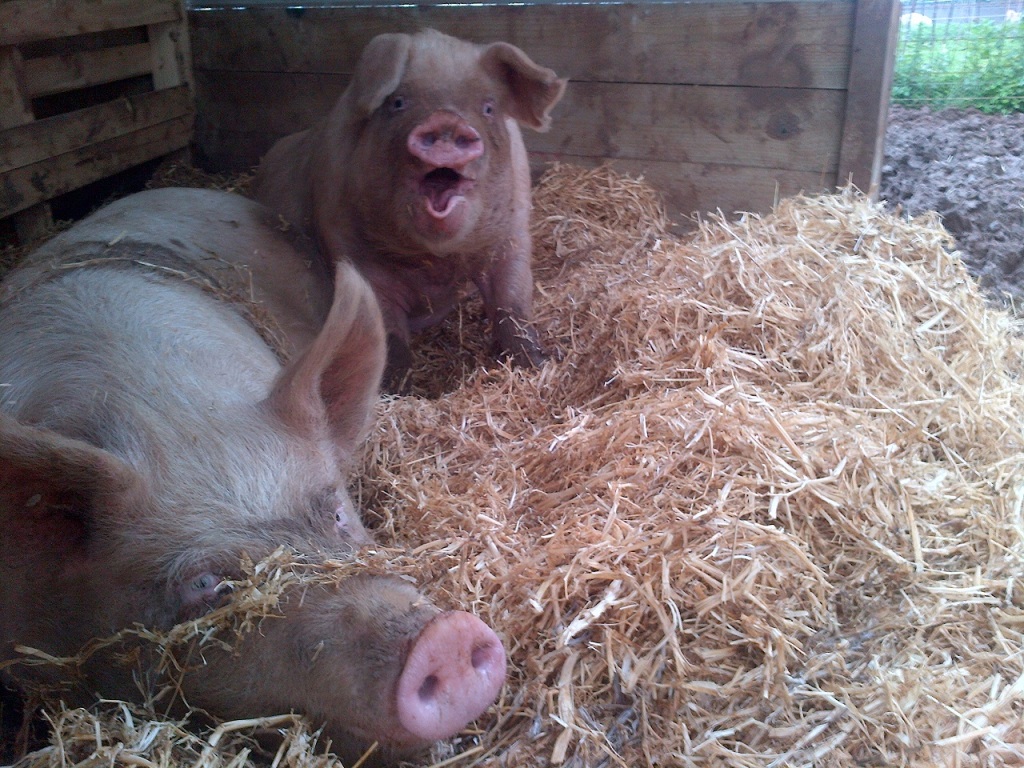 Ziggy does it all for the lols.

Clarisse is not at all sure what’s going on!

This is the third time she’s been in season in a row where we’ve seen Boris service her. This has to be her last chance. She needs get pregnant in order to save her bacon, if you know what I mean… 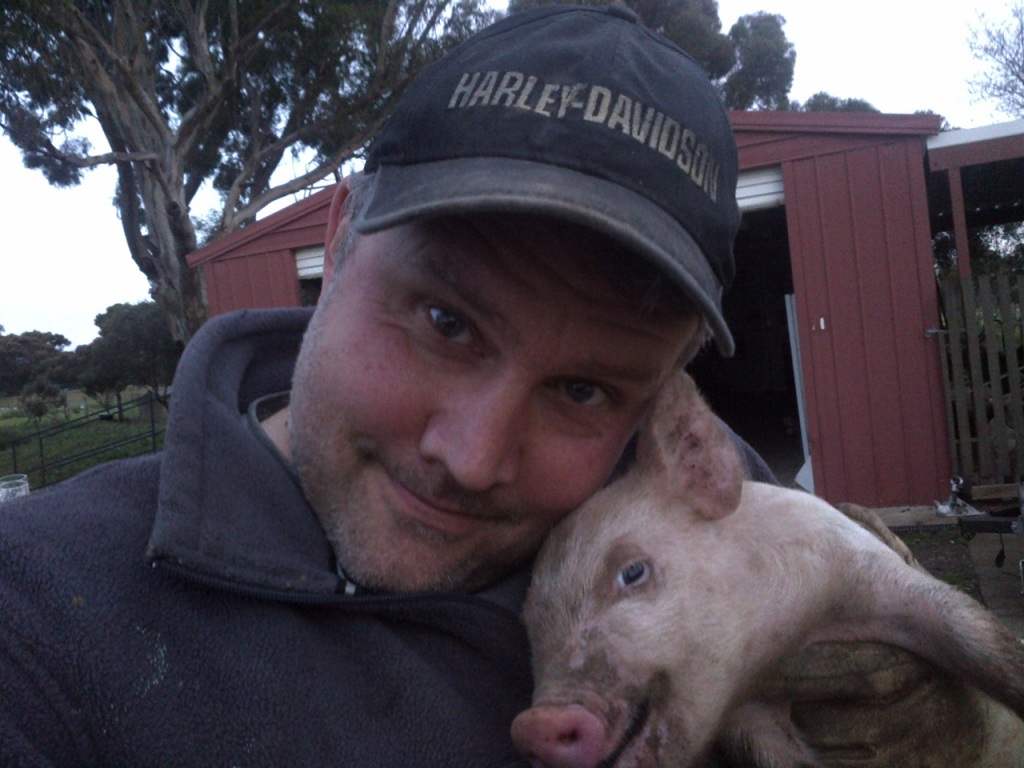 I forget what was wrong with this little guy, but I had to grab him out for some reason. It seemed like a great chance for a piglet selfie.

One thought on “July Catch Up”