Our ducks started sitting on eggs at the start of October. They ended up on 10 or 12. They don’t have a great record when it comes to hatching. They’ll be sitting on a stack, but end up hatching only 2 or 3. In those cases, most of the eggs that don’t hatch are duds; however, you always get a few that have ducklings in them but that have been left.

To us, who are admittedly amateurs, it looks like the mums hatch a few eggs, seem happy with those babies, and then forget the rest of the eggs. Part of the problem might be that there are always 2 or 3 broody mums at the same time, and so the eggs hatch over several days. The mums may get the first round of babies, figure they’re done, and so stop being broody. Either way, it sucks and we’ve been working on ways to fix it.

This time around we had 6 hatch, though we had a couple of squashings as the drake was still in there. Being a mammoth muskovy, he’s a big boy, and the babies aren’t safe. The squashed babies may not have hatched properly, so it may not be entirely his fault. We moved him out anyway.

One of the three mums was sitting on one egg in the corner. The other two were together the entire time, and were quite aggressive to that lone girl. Once the 4 babies were born it got to the stage where they just attacked the single girl, and I let her out of the run. Her egg sat there on its own, and after a day I figured it was dead. I picked it up, and it felt light. It was certainly stone cold, and I couldn’t hear or feel movement. I was positive that it was dead after checking it over, and so threw it to the pigs.

I need to set the stage here. I didn’t just throw it to the pigs. I took it to a trough and slung it in. My aim was to crack what I was sure was a rotten egg. As it turns out, it split around the middle, and exposed half a duckling. I was amazed to see that it had been fertile. I was freaking astounded when that duckling started to move.

I grabbed the duckling up before the pigs could make a snack out of it. I was sure that I’d killed it. I mean, it was mostly dead from being out all day and being stone cold. I had no idea if it was still a few days from being due to hatch, and I’d thrown it with force into a pig trough. None of those things are conducive to a healthy or happy birth.

It’s normally a bad idea to hatch chicks or ducklings manually. You let them do as much as they can, maybe giving the weak ones a small hand. That was clearly not an option here, and I manually hatched this guy as quickly as I could.

We had a brooder set up full of chicks, but I couldn’t put him in there. I ended up getting a small glass tank and putting that in the brooder – the duckling got the heat he needed without being swamped by crazy chicks.

The duckling was moving around and making noise, but I had no faith at all that it’d make it. I mean, how could it?! However, the next day I got up and he was up and moving. Over the next few days I had him with me as much as I could, and spent quite a few hours working at my desk with this little duck snuggled between my jumper collar and my neck/shoulder.

I named this duck “Lucky”, and clearly don’t have to explain why. 🙂 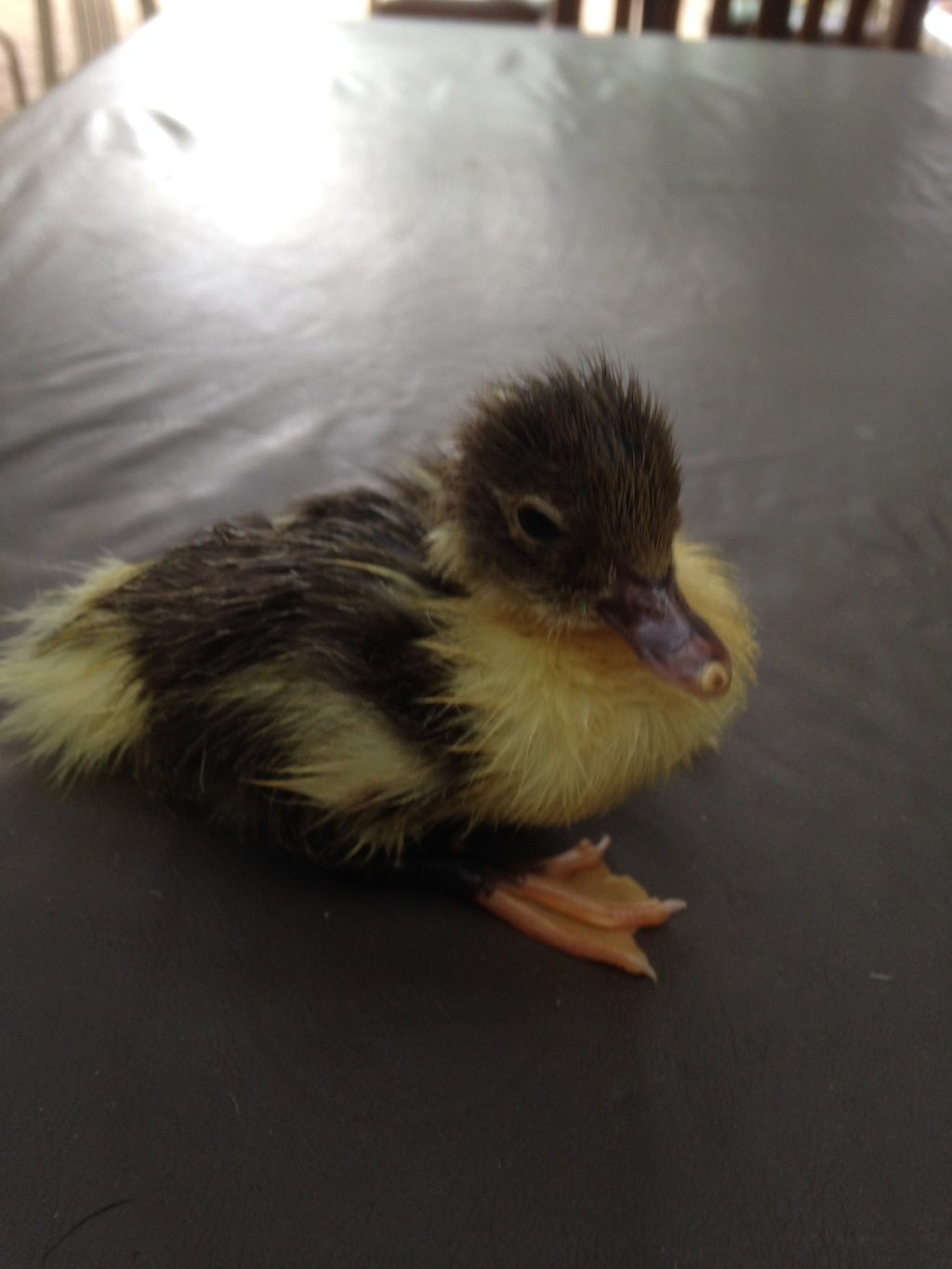 Lucky at about a day old.

Lucky spent several days living in his little BIB (Brooder-In-a-Brooder), and was eating and drinking. As much as I loved having him around, it made sense to get him back with his brothers/sisters/cousins. I was worried how the mums would react though. Lucky was much, much smaller than the other ducklings, and the mums had never been involved with him.

It took a couple of tries over a couple of days, but the mums eventually accepted Lucky. It was amazing seeing him running around with his much bigger siblings. The largest duckling is literally 3 times the size of Lucky, but he fits right in and is always part of the pack. 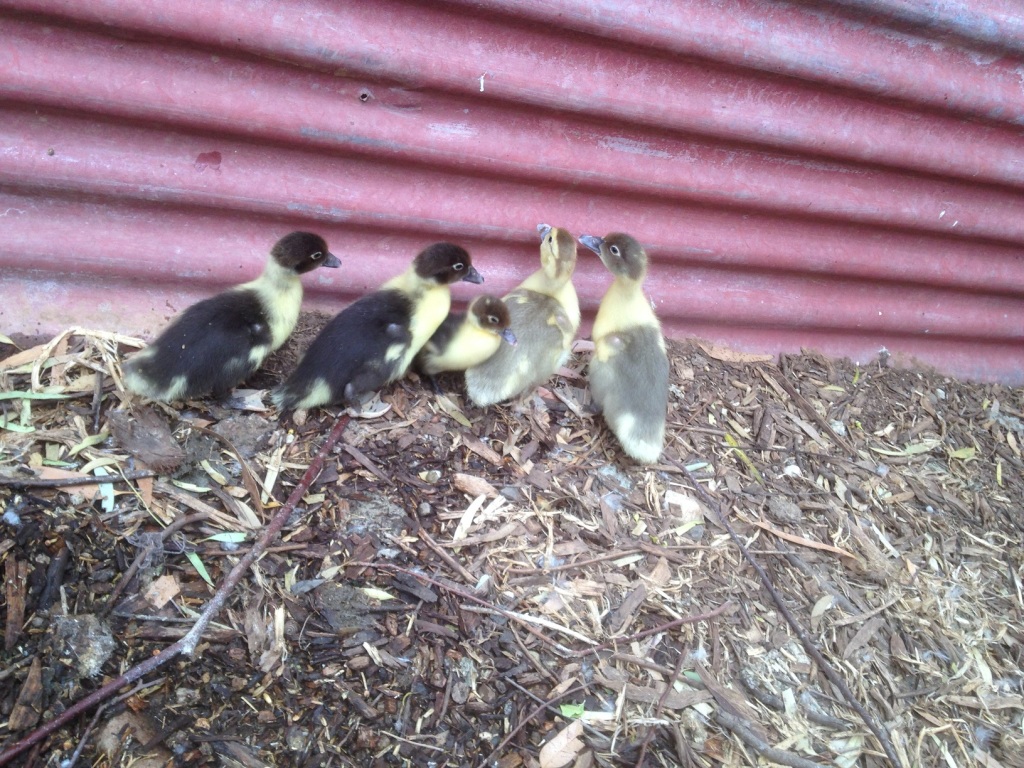 Lucky is the middle one. The size difference is noticeable.

This has taught me to be careful with the eggs I think are duds. The mums left behind 4 or 5 other eggs. I checked them and each had a fully developed duckling, though all had been left and were dead. We didn’t have a single infertile egg in this batch, and potentially could have ended up with a dozen ducklings. I like the mums hatching them, rather than taking the fertile eggs off of them. What we’ll do next time though, is let the mums hatch their handful and then we’ll take the rest of the eggs and put them in the incubator.